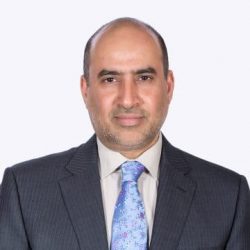 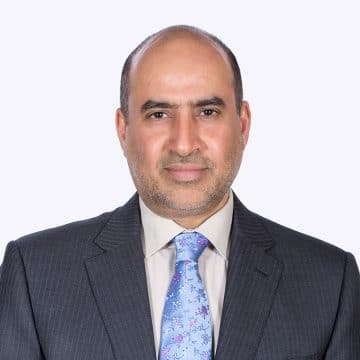 Abdullah Al-Dubaikhi is CEO of Bahri, formerly known as The National Shipping Company of Saudi Arabia. He has previously worked for the Saudi Agricultural and Livestock Investment Company (SALIC), one of the major agri-investment companies worldwide. During his career spanning three decades, he has held various senior management roles such as CEO of Afwaf Investment, a leading private equity investment in the Kingdom, CEO of AwalNet, Saudi Arabia’s largest internet service provider, and DowLog Technology Company, which he co-founded in 1993.

Mr. Aldubaikhi is a member of the joint business councils between Saudi Arabia and the nations of Canada, Russia and France, and sits on the board of directors of several local and global companies, including Bank Alkhair, Alessa Industries, Abdullah Abdulghani & Bros. Co. W.L.L., G3 Global Grain Group (G3), and United Farmers Holding Company (UFHC).

He holds an Executive MBA from the University of Oxford in the UK, and a B.Sc. degree in Electrical Engineering from the King Fahd University of Petroleum and Minerals in Saudi Arabia.