Saudi Arabia Macroeconomic Developments: Saudi Arabia announced that international flights through its national carrier, Saudi Arabian Airlines, will resume to 20 destinations including Washington, D.C. The news follows the Kingdom’s decision to reopen its Al Ula heritage sites to tourists on October 31 in a positive sign for the gradual return of the travel and tourism sector. The Saudi Press Agency announced in September it would seek to lift all international flight restrictions after January 1, 2021. Consumer price inflation slowed to 5.7 percent YoY in September from 6.2 percent YoY in August, but food prices (+12.6 percent) and transportation prices (+7.8 percent) remain high following the VAT increase to 15 percent on July 1. On a monthly basis, consumer prices fell 0.2 percent as education (-8.2 percent), particularly primary and secondary education, declined along with clothing & footwear (-0.4 percent) and utilities (-0.2 percent).

Saudi Arabia Macroeconomic Developments: The value of awarded contracts in[...] 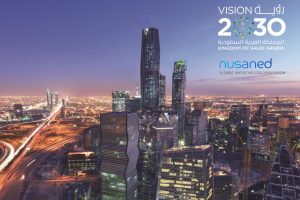