• Saudi Arabia will fully reopen all air, land, and seaports for international travel on March 31, according to the Ministry of Interior. The government implemented an international travel suspension on December 21 aimed at containing a new strain of COVID-19 before partially lifting some restrictions on January 3.

• Saudi Arabia unilaterally decided to reduce its output by 1 million barrels per day through February and March while the rest of the OPEC+ alliance agreed to maintain its previously agreed January levels of production through the same period. However, Russia and Kazakhstan will be permitted to raise production by 150,000 bpd through the end of March.

• Saudi Arabia’s non-oil private sector saw the strongest improvement in business conditions in 13 months in December. IHS Markit’s Saudi PMI rose to 57 points last month from 54.7 points in November as the Kingdom registered marked increases in output and new orders. Sales growth was largely driven by domestic growth as export demand rose only modestly. Employment levels were the only drag on PMI with the labor market remaining in contraction.

B20 Final Recommendations to G20, Part 2 of 3: Safeguarding the Planet 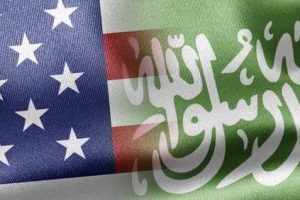 Saudi Arabia is the Second Largest Destination of U.S. Exports of Goods in the MENA Region