The U.S.-Saudi Arabian Business Council (USSABC) held an executive reception and networking event for member and non-member companies on March 15, 2015 in Riyadh.

The event was held in honor of Eng. Mohamed Al-Mady for his support of the USSABC, first as a Board Member beginning in 1998 and as Saudi Arabian Co-Chairman since 2012.  Eng. Al-Mady was given an award of appreciation for his years of service.  The USSABC Board of Directors and staff thank Eng. Al-Mady for his efforts and wishes him continued success in his new role as President of the Military Industries Corporation.

The event took place as Mr. Peter Robertson, Co-Chairman of the USSABC and former Vice Chairman of Chevron, was visiting Saudi Arabia to meet with business and government officials.  Mr. Robertson spoke at the reception, praising the bilateral relationship between Saudi Arabia and the United States.  He commended Saudi Arabia’s economic diversification efforts and its productive reforms that have prioritized education, healthcare, and information technology, which have culminated in $1.4 trillion in investment opportunities.  Mr. Robertson also discussed the USSABC’s vision, progress, and plans for the coming years. 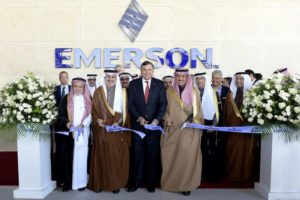 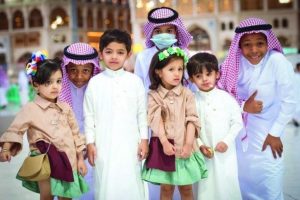 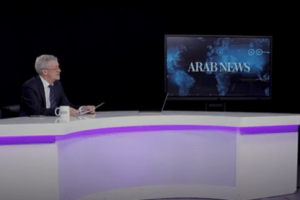