Thrill-seekers, sports enthusiasts, and music aficionados alike: prepare for a fun, adrenaline-filled March across the Kingdom. Experience an alternative musical festival to mellow your mood, a one-of-a-kind hot air balloon experience overlooking one of the oldest cities in the world, or get your blood pumping with thrilling sporting events. Here are the Council’s top five must- attend events in March:

Rock out to the Middle East’s leading alternative bands during the third annual Wasla Musical Festival. Originally held in Dubai, the outdoor festival makes its way to Saudi Arabia for the first time on March 4 at the Grass Valley outside of Riyadh. Acts such as Cariokee, Souad Massi, Hamza Namira, and Aziz Maraka are scheduled to perform, and the festival plans to offer a barbecue brunch, workshops, activities for children, and local designer art and fashion installations. Ticket prices range from $105 (SR375) for general admission to $200 (SR750) for VIP access. To learn more or to purchase tickets click here. 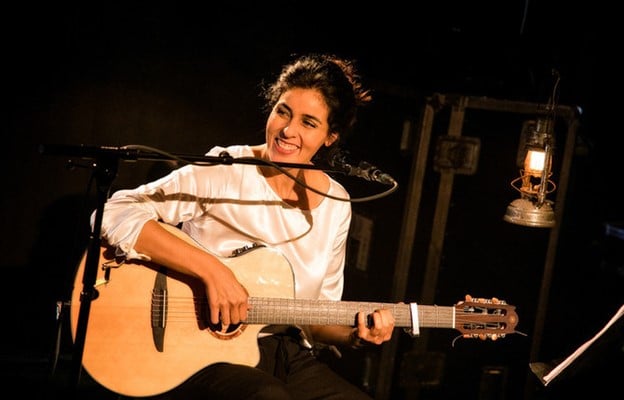 Witness globally renowned racing drivers Max Verstappen and Lewis Hamilton race the world’s longest and fastest street circuit in Jeddah during the second round of the 2022 Grand Prix season. While the official race takes place on March 27th, practices 1-3 along with qualifying will take place on the 25th and 26th. Fun activities will be available to fans throughout the three-day event. To purchase your ticket, click here. 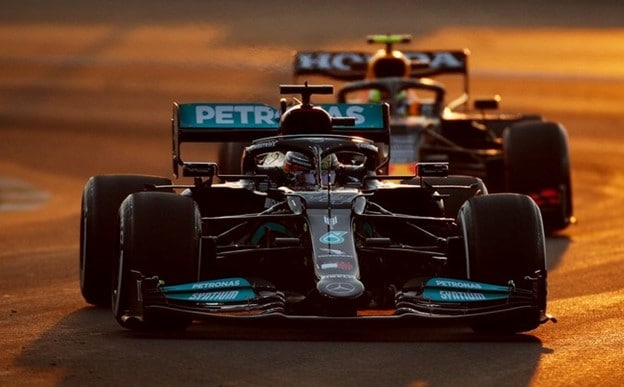 Cheer on the home team as Saudi Arabia attempts to secure a World Cup slot vs. the tough Australian Socceroos. With only two games remaining, Saudi Arabia leads Group B with 19 points, followed by Japan and Australia with 18 and 15 points, respectively. Only the top two teams from Group B will automatically qualify for the World Cup. With only four points separating the top three teams, a thrilling finish is all but guaranteed. To learn how to purchase tickets once available, click here. 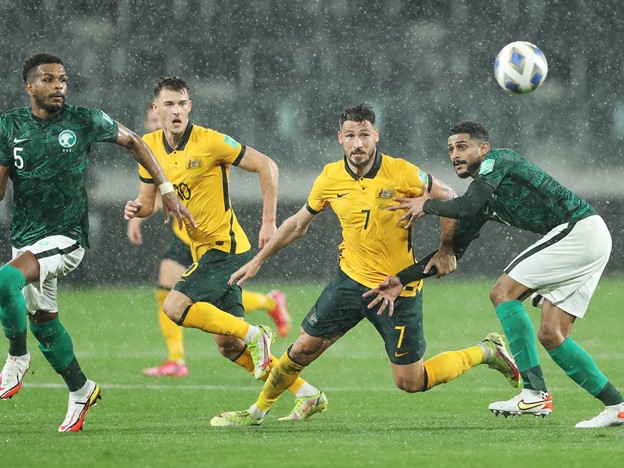 In what may be the most anticipated upcoming event in the country, experience Al Ula’s Skies Festival with a hot air balloon ride or a vintage aircraft excursion, eat locally produced food cooked across a steam of molten lava, or most exciting of all, immerse yourself in an outdoor symphony under the gaze of the city’s remarkable starry skies. To learn more about the festival or to purchase tickets, click here. 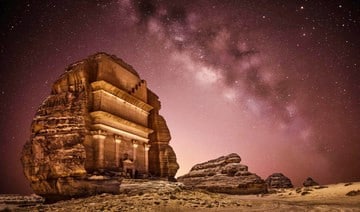 Ever watch a competition and think you can do better? Well, here’s your opportunity. Based off the immensely popular Netflix TV show “Squid Games,” compete against 70 other players across the game’s six competitions: “Red Light, Green Light;” Dalgona candy challenge; tug-of-war; marbles; the glass bridge; and the Squid Game. Running through March 31, the event is only for those 18 years and older.  The event is officially part of ‘Riyadh Seasons’ and is located at the Riyadh Boulevard. To learn more about the event or to purchase tickets, click here. 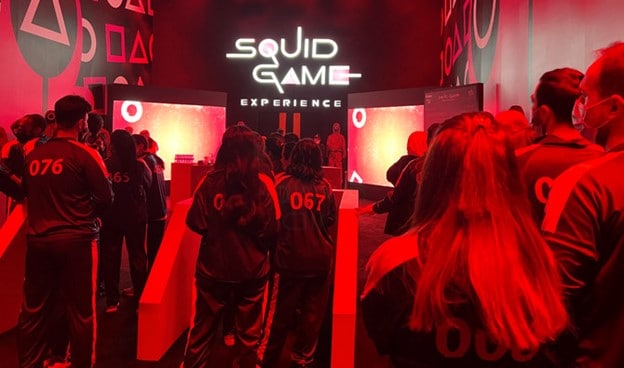 Participants line up at one of many Squid Game Experiences that have opened following the successful Netflix show. Source: Arab News 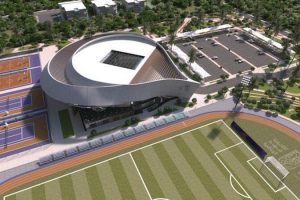 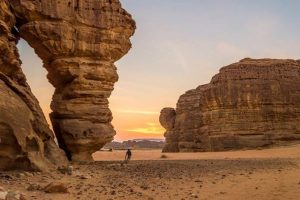 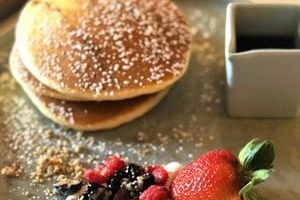