On March 16, 2021, H.E. Mohammed Al-Jadaan, Minister of Finance and Acting Minister of Economy and Planning, announced the approval by the Council of Ministers of the Private Sector Participation Law. The law is enacted to help increase the private sector’s contribution to the gross domestic product from 40 percent to 65 percent by 2030. Vision 2030 places a high priority on attracting outside and private investment into non-oil economic sectors to improve the sustainability and diversity of the national economy. The privatization law will accelerate the ongoing privatization of up to 16 government-run sectors by opening them up to investment and competition with local and international companies. These sectors include key areas identified for diversification and growth under Vision 2030: education; energy, industry, and mineral resources; environment, water, and agriculture; tourism; health; housing; labor and social development; municipalities; communication and information technology; and transportation.

H.E. Al-Jadaan is also chairman of the Privatization Program Committee and Chairman of the Board of Directors of the National Center for Privatization (NCP). The NCP, launched in 2017, will implement the privatization law in coordination with operators and supervisory committees in the targeted sectors to ensure greater transparency in announcing projects, rewarding contracts, and setting regulations for the benefit of private sector investors. Eng. Rayyan Nagadi, CEO of the NCP, added that the privatization law will enable a more efficient and safer distribution of risks between the government and private sector when undertaking projects, as well as reducing the government’s capital budget and streamlining the organization of all new projects.

The law follows accelerated recent privatization efforts in the Kingdom in recent years. In July 2020, the country began the process of selling its state-owned flour milling business by selling two milling firms to private Saudi and Gulf investors for a total of $740.5 million. In September 2020, the Saudi Grains Organization (SAGO) began the second and final stage of the bidding process for the final two state-owned flour mills. SAGO and the NCP are supporting this transition of the food and agricultural sector with training for new employees, incentives for hiring locally, and encouraging competition in the sector; in addition, SAGO announced that the new owners of the flour mills will be able to source their wheat directly from global markets, rather than through the organization. This illustrates the Kingdom’s commitment to privatizing critical industries like those involving food security and marks a turning point for one of the MENA region’s largest flour and animal feed markets.

Other movements toward privatization began in the Kingdom’s electricity and telecommunication sectors in 1998 with the partial privatization of the Saudi Telecom Company (by floating 30 percent of its capital in the Tadawul, or Saudi stock market) and the Saudi Electricity Company (18 percent capital float). Since then, the water and power generation sectors have followed up with the launch of a number of Independent Water and Power Projects (IWPPs) since 2002 for integrated power and desalination projects. Today, most integrated power and water plants in Saudi Arabia are IWPPs, including the $7.2 billion plant in Ras al-Khair – the largest desalination plant in the world. The Water Transmission and Technologies Company (WTTC), launched in November 2020, is at the center of privatization news in the Saudi water industry with the announcement in January 2021 of a $16 billion, 3,500-kilometer expansion of the country’s water pipeline system that will increase national desalinated water transmission by 4 million cubic meters per day. The government owned WTTC will file for an initial public offering (IPO) after the pipeline expansion is underway and the company has obtained the necessary regulatory approvals, according to an official statement.

The Saudi government also plans to invest $64 billion in the entertainment sector to attract and support private cinemas/theaters (up to 300 nationwide by 2030), festivals, concerts, and sports facilities, with the entertainment megaproject Qiddiya (anchored by a Six Flags theme park) serving as the cornerstone for the transformation of the country’s entertainment sector. In transportation, the Ministry of Transport aims to have 20 percent of all new infrastructure projects self-financed by 2030 by inviting more private participation and public-private partnerships. In 2016, the Saudi General Authority of Civil Aviation announced the privatization of all airports in the country, aiming to accomplish this goal by 2030. In the education sector, Saudi Arabia has launched plans to secure funding, construction, and long-term maintenance from private sources of 60 schools in Al-Madinah in 2021.

The Private Sector Participation Law is expected to increase the number of new privatization projects (including private-public partnerships) and encourage private sector participation through more favorable regulatory controls. Financial and regulatory support offered by the Saudi government for privatization schemes include financial guarantees, tariff subsidies, tax benefits, custom duty preferences, foreign exchange and interest rate protections, and assistance in obtaining licenses, permits, and approvals. The law also includes protections for private investments, such as right to non-interference by the government; protection from nationalization of the private party’s property; the right to freedom of ownership; and the right to recover losses incurred as a result of any changes in the Private Sector Participation Law. Shortly after the announcement of the new law, the NCP announced a new body called the Register of Privatization Projects, which will house a comprehensive central database of documents on privatization projects. The database will improve the transparency of privatization projects in the Kingdom by sharing data and knowledge on privately financed projects, while the body will manage complaints or concerns submitted during the course of any privatization schemes.

Any U.S. company positioned to invest in a rapidly growing overseas market like Saudi Arabia can take advantage of the favorable new investment conditions. Technology is quickly becoming a strong driver of growth across all industrial and economic sectors in the Kingdom and there are many specific areas of opportunity for U.S. technology and information companies.

The new law’s approval is just the latest step taken by the Saudi government to advance its privatization and diversification goals under Vision 2030 and reaffirms the country’s commitment to transforming its economy and society. The broad scope of the law and Saudi Arabia’s other privatization efforts offer opportunities for partnership and investment for any U.S. company willing to take advantage of these new conditions to grow their business and find new markets for export.

If you are a U.S. company looking for new markets, partnerships, and business opportunities in Saudi Arabia, the U.S.-Saudi Business Council is ready to help you with visa facilitation, business intelligence, networking, virtual events, personalized business advisory services such as introductions to potential Saudi partners, and much more. 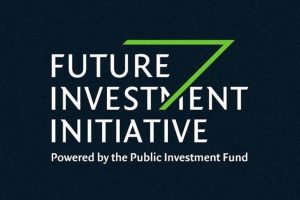