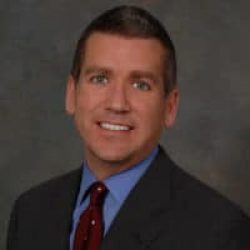 Mr. McCracken is also a frequent commentator in the media, having appeared on CNN, CNBC, Fox News Channel, MSNBC, and NBC Nightly News as well as in the Financial Times, The Wall Street Journal, The Washington Post, The New York Times, and myriad other publications.

A native of New Mexico, Mr. McCracken is a graduate of Trinity University in San Antonio, Texas, with a B.A. in Economics.