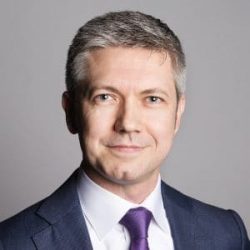 Olivier Dock is an international advisor specialized in regulatory issues impacting film and audiovisual production and distribution. Until August 2017, Olivier was Vice President and Deputy Managing Director of the Motion Picture Association’s EMEA offices in Brussels, which he joined 21 years earlier, in August 1996. Olivier notably oversaw content protection activities in France and Spain, and national regulatory/commercial issues across the Europe, Middle East and Africa region. Olivier holds a BA from the Brussels School for Translators and Interpreters, an MA in International Politics from the Université Libre de Bruxelles, a European Certificate in Audiovisual Financing and Commercialisation from Sorbonne Panthéon / INA, and an MBA from the Solvay Business School. He currently lives in Mexico City with his wife and son.