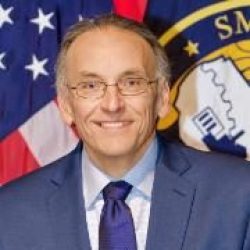 A former entrepreneur, Mr. Vallante has extensive experience in communications and public relations. His company provided consulting and strategic communications services for small businesses and non-profits around the country.  He previously served as Chief Staff to the Co-Chairman of the Republican National Committee in Washington, DC. Before that, he was Chief Operating Officer of the California Republican Party from 2003 to 2007, and Chief of Staff for the non-profit Minneapolis-St. Paul Host Committee which organized the 2008 Republican National Convention in Minnesota.

A Rhode Island native, Mr. Michael Vallante is a graduate of Providence College. He moved to Southern California in 1999.  He lives in Pasadena with his wife Julie and their four rescue dogs, and is passionate about animal rescue. Michael is honored to serve small businesses and entrepreneurs in Region IX and help them access SBA programs that advance economic development, increase job growth, and improve competiveness throughout the region.