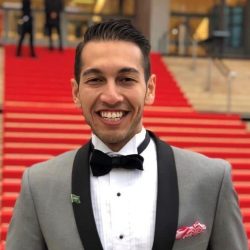 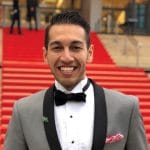 Maan B. is an active young Saudi producer who came to the US from Riyadh, Saudi Arabia in 2010 pursuing a college degree in filmmaking. In 2016 he got his bachelor’s degree in filmmaking from the New York Film Academy in Hollywood. In 2014 Maan and his brother Talha were established the Prince of Arabia Entertainment LLC (POA). The main purpose of POA is to assist filmmaking students and independent filmmakers in producing high quality media, based on industry standards and providing resources to make any idea come to life. He has continuously been producing, line producing and/or managing productions that range from short films and commercials to web series and music videos and soon, feature films.

Maan and Talha B’s Short film “The Scapegoat” has been selected in Dubai film festival in 2017.

The movie “The Scapegoat” and “Film School Musical” also a movie by the B brothers have been accepted into Cannes film festival were Talha and Maan got invited to attend in May, 2018 sponsored by the Saudi Film Council.
Also the two short films played in Russia as one of the event in 2018’s World Cup.

Maan also was invited to speak at Misk Talk as one of the events during the tour of His highness prince Mohammed bin Salman to the United States in 2018.

Maan has so many projects to be proud of, one of them is for the holy city of Mecca “Wahi” the first visual reality 360 video about Alharam targeting the non-Muslims so they can experience walking around the holy mosque.

In 2018 Maan & his brother Talha have had decided to return back to Saudi Arabia to take part of HH Prince Mohammed Bin Salman 2030 promising vision in the area of the film industry.”