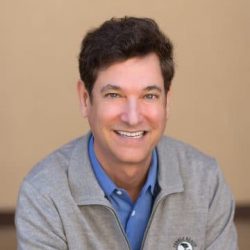 Jim is the Founder and CEO of Breyer Capital, a global venture capital firm based in Menlo Park, CA. Jim has been an investor in over 40 consumer internet/technology companies that have completed successful public offerings or mergers. As a lead investor and/or board member, Jim has assisted teams at over a dozen companies complete IPOs. Several of his investments have returned to investors over 100 times their cost, and over a dozen more have returned over 25 times cost.

Over the past several years, Jim has developed a deep personal and investment interest in long-term oriented entrepreneurs and teams working in artificial intelligence (AI) and human assisted intelligence (HAI) and he has made numerous investments in this space. Jim currently serves on the board of directors of Blackstone and 21st Century Fox.

Jim served on Facebook’s board from 2005 to 2013 after leading the company’s Series A funding round. He served on Etsy’s board from 2008 to 2016 and was the company’s largest outside shareholder at the time of its IPO in 2015. Notably, Etsy is one of the first B Corporations to successfully go public and continue to grow significantly post-offering. Jim was the lead investor for Legendary Entertainment’s first funding round and served as a board member until its acquisition by Dalian Wanda in March 2016. He was also an investor and board member of Marvel Entertainment through its acquisition by Disney in 2009.  He served on the board of Wal-Mart for over a decade and on the board of Dell Inc., where he was a director through the company’s $24 billion take-private in 2013.

Jim is passionate about philanthropy and applying venture philanthropy and innovation models to arts, education, and environmental sustainability. He is a Fellow of Harvard Corporation, Harvard’s senior governing board; a member of Harvard Business School’s Board of Dean’s Advisors, a member of Harvard University’s Global Advisory Council, and a founding member of the Dean’s Advisory Board at Stanford’s School of Engineering; Chairman of Stanford’s School of Engineering, and Chairman of the Stanford Engineering Venture Fund.

He is a Trustee of The Metropolitan Museum of Art in New York, SFMOMA, and the American Film Institute in Los Angeles.