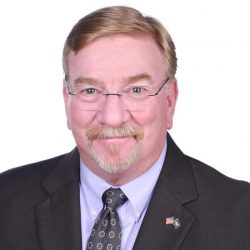 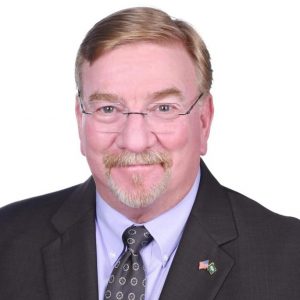 Delano Roosevelt serves as the President and Chief Executive Officer of the U.S.-Saudi Business Council (USSBC).

Born in Los Angeles, California, H. Delano Roosevelt is the grandson of President Franklin Delano and First Lady Eleanor Roosevelt. He is also the direct descendant of President Theodore Roosevelt. Mr. Roosevelt’s father was James Roosevelt, FDR’s first-born son. Del lived on the East Coast when James served as a Congressman for 6 terms from California’s 26th District, then in Europe when his father was the United Nations Ambassador to Geneva.

Prior to joining the USSBC in December 2019, Mr. Roosevelt served  as  the  Director of  New  Business  Development  for  the  Reza  Investment Group, which is wholly owned by the Alireza family, one of the oldest and most respected trading families in Saudi Arabia.

He was formerly a member of the Long Beach City Council, where he served in such positions as Chair of the Federal Legislation and Environmental Affairs Committee and Vice-Chair of the Public Safety Committee. Early in his career, he worked at Southern California Edison and the Boeing Sea Launch Program as Director of Governmental Relations.