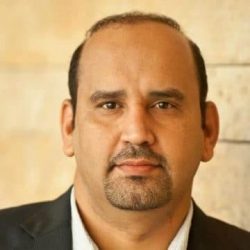 Fahad Al Hussain is the CEO of Taqnia International, a technology investment and development company with reach in North America, the Middle East, Europe, and Asia.

Mr. Al Hussain has held leadership positions in various companies such as AwalNet, which was acquired by Saudi Telecom Company, the Saudi Technology Development and Investment Company, an affiliate of TAQNIA International and International Systems Engineering. He is a member of Riyadh Chamber of Commerce ICT Committee, and is a consultant to various government and private organizations in Saudi Arabia. He received his Master’s degree in Electrical, Electronics and Communications Engineering from the University of California, Los Angeles. Mr. Al Hussain is also a Kauffman Fellow.