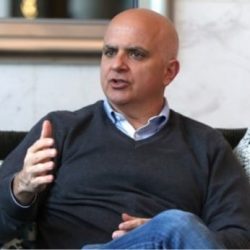 Mr. Christopher Schroeder is an advisor, author, and venture investor. His focus area is in startups in the Middle East and has written on the topic in various publications.

Mr. Schroeder has run several tech media companies, has been an angel investor, and also LP in Andreessen Horowitz. He has previously advised and invested in various companies including Vox Media, Ibotta, and Skift. Currently, he is a growth stage investor in emerging markets through a new platform, Next Billion Ventures — backed by some of the best in Silicon Valley.

Mr. Schroeder’s passion for the Middle East has been well over a decade.  He has been on the IC of two of the top funds including Saudi Telecom Ventures, in addition to authoring  “, Startup Rising — The Entrepreneurial Revolution Remaking the Middle East”-— the playbook of startups and innovation in the Arab world.The book is currently in its fourth publication and has been translated into Arabic. Mr. Schroeder encourages connections between the US and Middle East CEOs and entrepreneurs through his writing and has served on the Brookings Institute entrepreneurship committee for their annual gathering on US-Middle East relations, as well as the Atlantic Council’s Middle East Strategic Task Force’s efforts on Economic Recovery and Revitalization.

Mr. Schroeder graduated with an MBA from Harvard Business School in 1992.