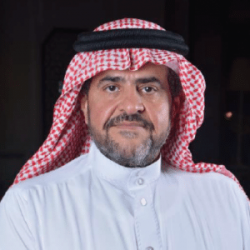 Mr. Ali Al Ghamdi is Managing Director of Administration at Arabian Drilling Company and has been in the oil industry for more than 34 years with a wide range of exposure in the field services sector. He spent the first 13 years of his career with Schlumberger, working in East Asia, the Middle East and Northern Europe. This was followed by 17 years with Saudi Aramco Upstream where he worked in Petroleum Engineering, Production Engineering, Drilling Engineering, Facilities Maintenance and Producing Operations and finally in the Drilling sector working for Arabian Drilling Company (ADC).

In 2014, Mr. Al Ghamdi joined Taqa as the Vice President for business development and after a short stint, he was nominated as the Managing Director for the ADC in May 2015.

During the last three years, Mr. Al Ghamdi has launched a massive transformation program in ADC that has covered all aspects of the company, from HR, Supply Chain, IT, Training & Development, Contracting, Compliance, Internal Auditing, and Finance. This program transformed existing company functions and created several new functions to take the company’s performance to new heights and prepare it for future growth in a reliable and sustainable manner.

This transformation has been recognized by several organizations. ADC was awarded Saudi Aramco IKTVA awards for 2016 and 2017 and also received Golden Status recognition for its alignment with the Kingdom’s Vision 2030. More recently, the company earned first prize for the King Khalid Award for Responsible Competitiveness. ADC received the award from the His Majesty King Salman, Custodian of the Two Holy Mosques.