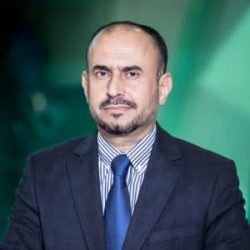 In July, 2010, Mr. Al-Sa’adi became the Vice President of Gas Operations at Saudi Aramco, headquartered in ‘Udhailiyah, where he led a complex organization comprising seven gas processing centers with a capacity of 12 billion SCFD. Prior to that, Mr. Al Sa’adi was Vice President of Pipelines, Distribution and Terminals, which operated more than 50 facilities throughout the Kingdom. He was responsible for the transportation of oil, gas, and domestic fuel distribution through bulk plants and air fueling units, and for Kingdom Crude exports through terminals.

Mr. Al Sa’adi joined Saudi Aramco in 1981 after earning his bachelor’s degree in Chemical Engineering at King Fahad University of Petroleum and Minerals (KFUPM). In 2000, he completed the Management Development program at Harvard Business School.