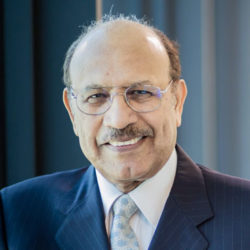 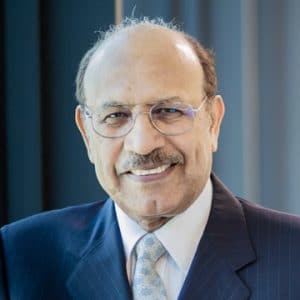 Mr. Abdallah S. Jum’ah is the Chairman of The Saudi Investment Bank (SAIB). Previously, he was President and Chief Executive Officer of the Saudi Arabian Oil Company (Saudi Aramco), the world’s largest oil company, from November 1995 to December 31, 2008 and brings in-depth knowledge of the national and global oil industry. Mr. Jum’ah studied at the American University in Cairo (AUC), the American University of Beirut and completed the Harvard Business School Program for Management Development.

In 2003 Mr. Jum’ah was identified by Fortune Magazine as one of the most influential business people in the world and in 2005 he was selected as winner of the prestigious Petroleum Executive of the Year Award. Mr. Jum’ah was awarded an honorary doctorate by Hankuk University, Seoul in April 2007.

Mr. Jum’ah has served as a member of the Board of Trustees of the American University in Cairo (AUC) since 1998 and has been a member of the Halliburton Company board since July 2010.