The “COVID-19 Response Report,” a collaborative report released in January 2021 by Mohammed Hassan Sherbiny for Commerce (Sherbiny, a Platinum member of the U.S.-Saudi Business Council) and Oxford Business Group, has detailed the Saudi government’s response and recovery to the health and economic upheavals of 2020 and highlights Sherbiny’s role in the country’s recovery and growth. According to the report, the Saudi economy is expected to withstand the economic shock of the pandemic better than most regional countries, with the International Monetary Fund (IMF) projecting a 5.4 percent economic contraction in 2020 compared to the expected average decline of 5.9 percent among G7 economies and 5.8 percent among advanced economies. In 2020, the Kingdom reduced its total number of COVID-19 cases by 97.6 percent (compared to the peak of the pandemic), promoted the domestic tourism industry, expanded the size and productivity of the non-oil private sector, and grew the assets held by the Public Investment Fund (PIF). This relative success is due to a few prioritized government policies: rapid pandemic containment measures, diversification of the private sector, and the push for digitalization.

The Saudi government was quick to respond to the outbreak of COVID-19, beginning mass testing programs by April 17, 2020. The government’s utilization of new digital platforms helped Saudi Arabia flatten its curve earlier than many other G20 countries. Combatting the spread of the virus through decisive containment measures and adopting new digital tools to monitor the outbreak – including a national mandate for social distancing in public spaces, the Ministry of Health’s app for a centralized appointment system (Mawid), an app for COVID-19 testing appointments and results (Sehaty), and an effective scheme for prioritizing testing – allowed Saudi Arabia to “flatten the curve” and curb the pandemic’s severity by mid-2020. The government’s elevated capital expenditure in the healthcare sector in the years leading up to the pandemic led to improved social welfare, thus providing a greater buffer for the impacts of the pandemic. Capital expenditure on health and social development projects in 2019 amounted to 5.8 percent of GDP, while between 2014 and 2019, the number of hospitals grew by 9.9 percent and hospital beds by 13.2 percent. With the national vaccination program well under way, it is evident that the Saudi government’s quick reaction in the early days of the pandemic and its investments in the years prior have paid off for the benefit of its citizens.

The main focus for diversifying the private sector is to bolster industries that will provide long term attractive jobs for Saudi citizens and reduce the country’s economic reliance on petrochemicals. The PIF manages an estimated $390 billion in assets with which it boosts non-oil revenue through diversified investments and helps develop the country’s non-oil infrastructure. The rising number of infrastructure projects also creates room for greater involvement by the private sector; the private sector’s role is also facilitated by Vision 2030’s National Industrial Development and Logistics Program, launched in January 2019. The program specifically targets energy, mining, logistics, and general industry with funding from the Saudi Industrial Development Fund to create private sector jobs, boost the sectors’ contribution to GDP, increase exports, and promote local products and services. The shift towards privatization is evident in the Saudi workforce. In 2015, public workers made up 67 percent and private workers 33 percent of the workforce; however, in 2019 these figures nearly reversed to 46 percent employed in the public sector and 54 percent employed in the private sector. The social and economic impacts of the pandemic have also accelerated digital transformation and the prominence of industry-disrupting technology, pushing the Kingdom’s technological sector towards “Industry 4.0,” the next industrial revolution fueled by disruptive innovations in robotics, machine learning, artificial intelligence, 3D printing, automation, big data, and digital manufacturing.

In July 2020, the government increased its value-added tax from 5 to 15 percent; although unpopular with many Saudis, the tax increase helped contribute to a more balanced government budget. Saudi Arabia’s status as the lowest-cost oil producer and the second-largest producer by volume puts it in a strong position to propel its non-oil private sector growth. This sector has already experienced growth in this post-pandemic environment, posting positive figures in September 2020 for the first time in seven months. The IMF projects 3.1 percent GDP growth in 2021 and expects development goals of Vision 2030 to proceed as planned with its expectations for a strong economic rebound in the country.

Sherbiny’s new investments reflect its commitment to playing its part in Vision 2030’s localization initiatives. In support of product localization, Sherbiny is building a new 15,000 square meter industrial complex planned to launch in 2022 – this complex will lead to 12 new lines of Saudi-made industrial products and expand the company’s research and development capabilities. Other initiatives by Sherbiny include building mechanical industrial systems, expanding to incorporate more partners and solutions, and assembling electrical and instrumentation equipment. Sherbiny’s main products and services – mechanical, electrical, and instrumentation equipment; technical service and after-market support; engineering services; and local manufacturing capabilities – service Saudi oil and gas, petrochemicals, water and power, mining, the commercial sector, and other general industrial sectors targeted for diversification. Sherbiny expects its contributions to help the country reach Vision 2030’s national goal of increasing localization in the oil and gas sector from 40 percent at present to 75 percent by 2030. The company has had a strong year to date after experiencing a strong rebound in June with an average monthly growth of 23 percent between March and November 2020, attributed in no small part to its strategic planning and effective COVID-19 response. The need for local equipment providers by Saudi Arabia’s growing diversified industrial base has created tremendous opportunities for companies such as Sherbiny to play a leading role in the country’s economic transformation. 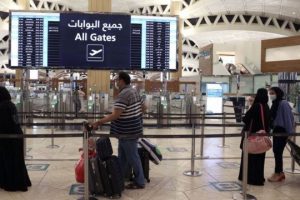 As of August 1, vaccinated foreign visitors with tourist visas[...] 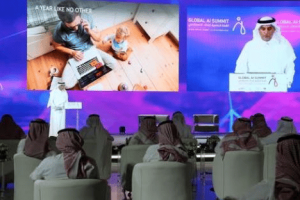 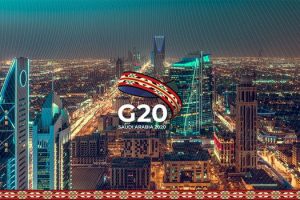