Saudi Vision 2030’s next phase, unveiled in a January 2021 speech at the Future Investment Initiative by Saudi Crown Prince H.R.H. Mohammed bin Salman, involves the Public Investment Fund (PIF)’s new five-year roadmap towards economic diversification. The PIF is Saudi Arabia’s sovereign wealth fund, established in the 1970s to manage investments from the country’s oil and gas earnings. The PIF’s new plan, called VRP2 (the second Vision Realization Program, or VRP), will assist the growth of new sectors of the Saudi economy and continue the progress from the first VRP launched in 2017. VRP2 plans to further establish the PIF as the world’s leading sovereign wealth fund and a key driver of economic growth in the Kingdom. The PIF’s commitments under VRP2 include $40 billion of new investments every year until the end of 2025, a figure equaling 5 percent of Saudi Gross Domestic Product (GDP). In the same timeframe, the PIF will contribute $320 billion to non-oil GDP through the companies in its portfolio and create 1.8 million new direct and indirect jobs in the Kingdom.

Under VRP2, the PIF will continue its progress towards its 2025 goal of $1.07 trillion in assets under management (AUM) and its 2030 goal of $2 trillion AUM, surpassing both China and Norway’s sovereign wealth funds in size. In the four years since the start of the last VRP, the PIF has tripled its AUM to nearly $400 billion, added 10 new productive sectors to the Saudi economy, and generated 331,000 direct and indirect jobs through its investments. The PIF has a total portfolio consisting of over 200 investments, including about 20 companies listed on Tadawul, the PIF-owned Saudi Stock Exchange.

The PIF receives its funding through four major sources: capital injections from the government, assets transferred to it from the government, loans and debt instruments, and returns on its investments and holdings. Other potential sources of funding include the sale of companies in its portfolio to the private sector and direct listings/initial public offerings (IPOs) of PIF companies on Tadawul. PIF Governor H.E. Yasir Al-Rumayyan recently indicated the PIF could divest its international investments by as much as 20 to 30 percent to focus more on Saudi projects, although the absolute amount would decrease by less as the PIF’s assets continue growing. Analysts expect Saudi Arabia to be a regional leader in IPOs this year, with government authorities reportedly examining over 15 potential listings. After the PIF’s $29 billion in proceeds from the December 2020 IPO of Saudi Aramco – the largest listing in world history – Governor Al-Rumayyan suggested that more funds could be raised through sales of PIF-held Aramco stock or divestitures of businesses within the Aramco energy group.

In the last four years, the PIF has created over 30 new companies to strengthen these sectors of the Saudi economy. The most significant of these are NEOM and Qiddiya, which have made international headlines for their scale and scope. NEOM is a $500 billion megacity planned for construction in the country’s northwest near the borders with Egypt and Jordan, and Qiddiya is an “entertainment city” with an amusement park, F1 racetrack, sports facilities, and more, planned for development just outside Riyadh. Alongside NEOM and Qiddiya in the tourism and entertainment sectors, and located south of NEOM on the coast of the Red Sea, are the Red Sea Development and AMAALA tourism megaprojects. Once completed, the Red Sea developments are expected to contribute $5.86 billion per year to Saudi GDP. The PIF has marked these four megaprojects for acceleration beginning this year.

In January 2021, the PIF launched the Jeddah-based Cruise Saudi Company, alongside plans to develop cruise ports and shore excursion activities in several seaside Saudi cities, to contribute to developing the future of Saudi tourism. The Soudah Development Company is the PIF’s most recent creation in the tourism field – the wholly-owned entity aims to attract two million annual visitors and create 8,000 permanent jobs by 2030 with its development of a luxury eco-resort in the mountainous Asir region. As in most of Saudi Arabia’s development and diversification efforts, the PIF’s investments in tourism are planned to revolve around environmental sustainability and preserving cultural heritage sites.

In other sectors – finance, renewables, utilities/infrastructure, healthcare, advanced manufacturing – the PIF, as well as the rest of the Saudi government and private sector, have demonstrated a keen understanding of the importance of adopting new innovations. In 2020, for instance, the Kingdom’s technology startup sector recorded 35 percent increase (year-on-year) in the number of investment deals, with the monetary value of new deals increasing 55 percent to a total of $152 million.

Saudi Arabia’s movements in the financial technology sector gained steam with the 2007 launch of the Saudi Stock Exchange (Tadawul), wholly owned by the PIF and currently the ninth-largest stock market in the world with a market capitalization of $2.2 trillion in 2020. Since then, the PIF has enhanced its investment capabilities with the acquisition of Gulf International Bank (as majority shareholder) and launch of Sanabil Investments, a wholly owned venture capital investment fund. Other PIF-owned entities focus on investments in particular sectors, such as Saudi Real Estate Refinance Company (SRC, which focuses on improving access to housing finance to raise Saudi homeownership rates), Saudi Technology and Security Comprehensive Control Company (Tahakom, which invests and holds subsidiaries in technology, aviation, and industrial security), and Saudi Technology Development and Investment Company (TAQNIA, which invests in research and development in knowledge-based industries).

Digitalization has influenced innovation in food, retail, logistics, and other overlapping sectors. According to a new report by research company Reportlinker, Saudi Arabia’s online food ordering and delivery market – a key sector targeted by the PIF – is forecast to grow more than 10 percent annually over the next five years, from its estimated 2020 valuation of $511 million to nearly $823 million by 2026. Noon, an e-commerce and food ordering/delivery platform, was launched in Saudi Arabia in 2017 after the PIF acquired a 50 percent stake for $500 million.

In the energy and utilities sectors, the PIF launched Tarshid (National Energy Services Company), the National Water Company, and created the New Solar Energy Plan 2030 with an MoU with SoftBank to support localization, research and development, domestic manufacturing, and the establishment of new solar generation projects and energy storage systems. The PIF calculates that this move will support 100,000 direct and indirect jobs in the Kingdom and contribute a cumulative $40 billion to GDP by 2030. In addition, the PIF has increased its stake in the Riyadh-based renewable energy company ACWA Power from 33.35 percent to 50 percent. By 2030, Saudi Arabia expects to meet its target of 58.7 GW of new “clean energy,” of which 70 percent will be developed by the PIF and its energy suppliers.

Industrial conglomerate Saudi Arabian Mining Company (Ma’aden), of which the PIF is majority shareholder, has taken significant steps to modernize its operations and improve efficiency, in line with Vision 2030’s objectives. In 2018 for instance, General Electric (GE) and Ma’aden announced a strategic MoU for GE to help the company implement new digital solutions, reduce fuel and energy costs, and improve equipment reliability and efficiency across its mining and industrial operations. To reduce the carbon and ecological footprints of Saudi Arabia’s growing industrial sectors, the PIF established the Saudi Investment Recycling Company (SIRC) in 2017 and set a goal to recycle 85 percent of the country’s industrial and hazardous waste and landfill the remaining 15 percent by 2035 – a huge turnaround from its current 90 percent landfilled rate. SIRC will invest in and develop new lines of recycling activities, such as its 2019 full acquisition of Global Environmental Management Services (GEMS), to help achieve its recycling goals and contribute $10 billion to GDP, attract $1.6 billion in outside investment, and create 23,000 new jobs by 2020.

Other new PIF companies have strengthened the fund’s positions in aerospace/defense, healthcare, and agriculture. The PIF already owns Saudi Arabian Military Industries (SAMI) and has added Saudi Information Technology Company (SITE, a cybersecurity firm) and The Helicopter Company (THC, a domestic helicopter manufacturer) to its defense/security holdings. The Saudi Agriculture and Livestock Investment Company (SALIC) was launched in 2011 with a $800 million start from the PIF to manage investments in sustainability in the agricultural sector and improve efficiency in the country’s food import supply chain. To improve supply chain efficiency in the healthcare sector, the PIF launched National Unified Procurement Company for Medical Supplies (NUPCO) in 2007.

The Future of Investment in Saudi Arabia

The PIF’s new investment strategy and its increasingly diversified portfolio is a key driving factor in the country’s diversification and economic growth. The opportunities for U.S. companies in Saudi Arabia are stronger than ever before as the country looks beyond the end of the COVID-19 pandemic. H.R.H. Crown Prince Mohammed bin Salman, chairman of the PIF, affirmed that “in effect, Saudi Arabia is doubling down on the Vision strategy at a time when the world is reeling from the pandemic and economic strategists are still uncertain about global recovery prospects.”

The PIF intends to increase the proportion of its assets in “new and promising” sectors in the next five years to 21 percent in a clear sign that its leadership understands the necessity of embracing disruptive technological innovations. To signal its commitment to local development, the fund aims to increase the contribution of local content to 60 percent of its portfolio by 2025 for a total of $200 billion in cumulative local investments. These ambitious new goals are tangible affirmations of the Saudi government’s commitment to its ongoing transformation under Vision 2030 and its intention to attract any U.S. company that understands the opportunities available in the country’s unprecedented growth. 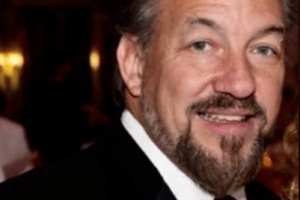 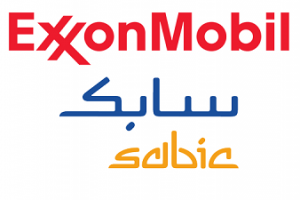