Cybersecurity is a growing global industry at the intersection of every sector and its integration with the digital economy. Saudi Arabia’s cybersecurity market is expected to grow at a compounded annual growth rate (CAGR) of 16.59 percent between 2018 and 2023, representing the largest market in the Middle East. Saudi Arabia has undergone rapid ICT adoption in the past fifteen years and has been a growing target for cyber threats. These threats are expected to increase as the Kingdom undergoes a digital transformation and evolves towards a knowledge economy.

Saudi Arabia has responded by modernizing its information security governance, growing cybersecurity spending, and providing support for private sector entry into the cybersecurity field. The Kingdom was recently ranked by the International Telecommunication Union (ITU) as the top regional cybersecurity industry and the top reformer in capacity-building. The proliferation of network-connected devices, cloud storage, and new technologies present additional challenges and new business opportunities in the cybersecurity industry.

Technological integration and mass data storage via cloud sharing are becoming commonplace in business, necessitating new security protocols to address growing vulnerabilities. Market estimates predict that between 50 to 60 percent of firms will experience a cyber attack in the next twelve months. The public sector, healthcare, and finance are the most frequently targeted sectors while education, industrial, retail, and energy are also heavily targeted. The majority of attacks involve phishing while malware, ransomware, direct denial of service (DDoS), web application attacks, and privilege abuse are also common.

High-profile cyber attacks such as the Shamoon attack on Saudi Aramco and Saudi Arabia’s recent ICT transformation spurred a policy shift in the prioritization of cybersecurity. Vision 2030 identifies a sophisticated digital infrastructure as integral to its advanced industrial activities and the fundamental competitiveness of the Saudi economy. The National Transformation Plan 2020 emphasizes the opening of the private sector to further develop the digital economy and IT security.

The government has not only increased its digital infrastructure investments, it has also established development and training programs for Saudi nationals and modernized information security governance. Saudi Arabia established the National Cybersecurity Authority (NCA) in 2017 to centralize cybersecurity controls and the National Cyber Security Center (NCSC) to serve as the technical and operational arm of the NCA. The NCSC monitors supervisory control and data acquisition (SCADA) systems across government entities, particularly in the energy and industrial sector.

The Communications and Information Technology Commission (CITC) is another key entity that serves as the regulatory authority for the ICT sector. CITC provides Computer Emergency Response Team (CERT) services to assist in information security incidents and issues statutory protocols such as the Anti-Cyber Crime Law which was passed in 2007. In 2019, CICT established new regulatory frameworks for cloud computing and IoT (Internet of Things) as well as guidelines for new developments such as 5G and smart buildings.

Saudi Arabia is actively addressing the IT and cybersecurity skills shortage through a variety of programs. In 2019, the Kingdom trained 751 employees across 113 companies as well as 288 students in specialized cybersecurity protocols. The government also offered scholarships to 231 students in cybersecurity specializations. These programs are critical to meet localization and Saudization requirements for domestic firms. In 2017, King Abdullah Center for Science and Technology (KACST) established the Saudi Research and Innovation Network (Maeen). Maeen advises Saudi organizations on regulatory compliance, offers information security recommendations, and investigates cyber attacks.

Taqnia Cyber, a subsidiary of the Saudi Technology Development and Investment Company (TAQNIA), specializes in ICT and industrial cybersecurity for private firms. The company is involved with training and capability development and aims to localize relevant technologies and meet growing demand through cooperation with national and international partners.

The Badir program promotes technical entrepreneurship by offering financing and incubation for startups in fields such as cybersecurity to meet the Kingdom’s national objectives. The Soft Landing program is an offshoot program for international startups and emerging companies in technology fields to facilitate access to the Saudi market.

These recent investments and initiatives have improved Saudi Arabia’s competitiveness in the cybersecurity sector. In ITU’s benchmark Global Cybersecurity Index, Saudi Arabia improved from #46 globally in 2017 to #13 in 2019, emerging as the regional leader. The Kingdom’s score rose from 0.569 to 0.881 where a score exceeding 0.67 indicates a high level of cybersecurity capacity and high level of national commitment to international standards, organizational and technical measures, and professional development.

The private sector’s approach to cybersecurity demands a shift away from viewing cybersecurity as a technological issue but rather an organizational pillar that is best promoted by a company’s board members. With the proliferation of digital channels by which goods and services are traded along with perpetual sharing of sensitive data, the need to look beyond basic measures of cybersecurity risk mitigation is paramount. Cyber security is an IT responsibility whereby foundational frameworks should be created to account for the Kingdom’s rapid expansion plans as well as constantly evolving regulatory reforms.

Although successful cyber attacks on large companies attract substantial attention, 43 percent of data breaches are against small and medium enterprises (SMEs) according to Verizon. Highly targeted industries such as healthcare and finance often possess the most advanced digital security systems, but this typically characterizes only larger firms. SMEs tend to underestimate potential risk, have less robust security capabilities, and are more likely to incur irrecoverable losses from a cyber attack compared to large firms. These businesses all possess valuable intellectual property, customer records, or financial information.

According to Ponemon Institute, small businesses cite insufficient personnel (74 percent) and insufficient budget (55 percent) as the top challenges keeping their IT security posture from being fully effective. However, 47 percent of SMEs cited “no understanding of how to protect against cyberattacks.” The lack of in-house expertise represents an opportunity for these businesses to collaborate with managed security service providers (MSSPs).

Additionally, these sectors have unique security needs. For example, data breaches by internal actors represent the majority of cyber incidents in the healthcare sector (59 percent) while the finance and insurance sector is more likely to face a data breach from an external actor (73 percent). The education sector has been shown to be substantially more vulnerable to spear-phishing scams while the risk is much lower in the healthcare sector where credential misuse is more common.

In addition to susceptible market segments, the introduction of new technologies create new security needs as the number of vulnerable endpoints increases. In 2020, Saudi Arabia will continue the rollout of the region’s largest 5G network. While 5G technology represents a significant milestone in the Kingdom’s digital transformation, 72.5 percent of businesses believe 5G will have a significant effect on their cybersecurity network and will require a new security stack according to a 2019 report by AT&T. Nearly all businesses expect to make 5G-related security changes in the next five years.

These changes, along with the proliferation of IoT technology across many sectors, will further increase the potential attack surface for businesses and institutions. A 2018 survey of private firms in Saudi Arabia showed IT security budgets growing at a rate of only 2.8 percent compared to the global average of 4.9 percent. We expect this rate to increase as the need for a robust security posture will be necessary to secure the growth of the Kingdom’s digital economy across the public and private sector. 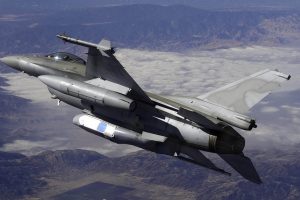 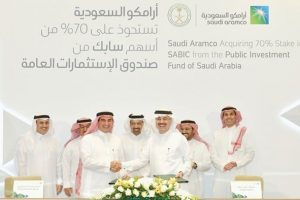 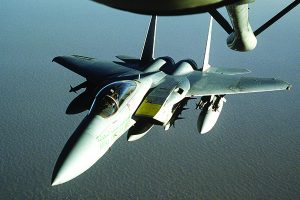