Saudi Arabia has announced a $296 billion (SR1.114 trillion) budget for 2023, with expectations for $301 billion (SR1.13 trillion) in revenue and $4.26 billion (SR16 billion) in surplus, or 0.4 percent of gross domestic product (GDP). Meanwhile, growth in real GDP for 2023 is estimated at 3.1 percent, primarily supported by an increase in non-oil activities and driven by private sector investments which will lead to an increase in jobs in the labor market and the continued implementation of Vision 2030 programs.

The Kingdom’s planned expenditures for 2023 are earmarked as follows:

While expenditures for 2023 are budgeted to decrease over 2022 across most sectors by 1.6 percent, expenditures on the military sector are slated to increase by 5.8 percent, driven by a mandate to further develop the Kingdom’s military capabilities, military hospitals and medical services, and military universities, among others.

The 2023 budget reflects the Kingdom’s commitment to structural reforms financially (based on structural revenues reflecting stable expenditure ceilings) and economically (private sector participation along with the PIF to develop the real economy). The allocation of improved budgeting processes that include expenditure ceilings will provide more stability by limiting procyclical spending, a scenario that was a hallmark of past spending strategies. The stringent goal of diversifying away from volatile oil revenues through establishing quantitative controls within a structural expenditure ceiling will aid in providing buffers for future economic shocks.

The introduction and enhancement of several fiscal and economic enablers since 2016 has aided the Kingdom in establishing a comprehensive economic policy. These policies cover three main pillars: fiscal reforms that ensure their sustainability; enabling the private sector through targeted programs to increase contributions to the national economy and implementing broader structural reforms across economic and social platforms that aim to support the first two points.

The Ministry of Finance forecasts GDP to steady at 3.1 percent in 2023 after witnessing a significant boost of 8.5 percent in 2022. Stabilized oil prices coupled with a growing non-oil sector will improve the economy in 2023. Oil demand in 2023 will rise by 2.25 million barrels per day (bpd), or about 2.3 percent according to the Organization of the Petroleum Exporting Countries (OPEC), after growth of 2.55 million bpd in 2022. 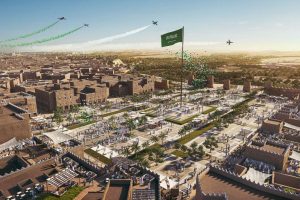 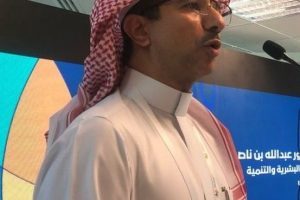