The first speaker, Khurram Shehzad, talked about the changing makeup of the overall Saudi economy as well as the sports sector in particular. He talked about Vision 2030’s goals, especially on its implications for the country’s youth (58 percent of Saudis are under 35 and 84 percent live in urban areas), and the importance of private sector investment and growth in providing opportunities for the next Saudi generation.

The next speaker, Anita Chalke, spoke to the Saudi government’s foreign investment strategy for the sports and entertainment industry. She highlighted the major projects in this sector, like Qiddiyah and its forthcoming Olympic Village. She noted that those interested in investing in the Kingdom and working through its regulatory system should contact the Ministry of Investment of Saudi Arabia (MISA) or view the resources available on their website. She informed attendees that the average time for making it through the registration and licensing set-up process is 3-6 months, although that time can vary.

The third speaker, Maha Ali, revealed important figures for those interested in investing in the sector:

She noted that Saudi Arabia is host to a number of international sporting and entertainment events, including WWE, Formula 1/Formula-e, the Diriyah Tennis Cup, the Saudi International Golf Tournament, soccer matches like the upcoming game between Paris Saint-Germain (PSG) vs. a combined Al-Hilal and Al-Nassr all-star team, and much more in the near future. She also talked about MISA’s Service Investment License for the entertainment sector, which must be issued in order to organize entertainment events, booking and ticketing for sports events, and other related activities. Ms. Ali then informed attendees about the NAFES Online Platform run by the Ministry of Sports, which streamlines licensing for the foreign investors who want to establish sports clubs, centers, and academies.

The final speaker, Adnan Alhusaiyen, gave specific examples and case studies for the licensing steps previously discussed by the other speakers. In one case, Proven helped establish a Boxing & Martial Arts club for women in Saudi Arabia owned by a parent company in the U.S. The company first established a LLC Subsidiary and opened an account with a Saudi bank, and then completed registrations with the Zakat, Tax, and Customs Authority (GAZT), Ministry of Human Resources and Social Development (HSRD), General Organization of Social Insurance (GOCI), and all other relevant portals such as Mudad, Qiwa, and Muqeem.

Mr. Roosevelt finished by moderating a Q&A question, with questions submitted by the 42 attendees of the webinar. Proven SA, a member of the USSBC, provides a full menu of business services to companies entering or operating in the Saudi market. Their services include human resources consulting, employee management, government services, compliance, and tax and finance issues. 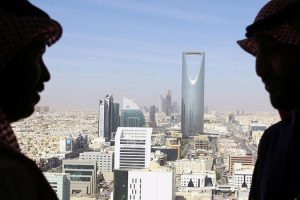