Saudi Arabia’s startup ecosystem has witnessed major growth in recent years, driven by greater foreign investment and government initiatives. Despite the COVID-19 pandemic (a topic which is inseparable from any discussion of investment and economic growth), startup investment in a few key sectors has been driven through new innovations and technologies in e-commerce, delivery/logistics, financial services technology (FinTech), and online education.

According to MAGNiTT’s H1 2020 Saudi Arabia Venture Capital Snapshot, Investments in Saudi startups reached $95 million across 45 venture funding deals in the first half of 2020, slightly more than double the amount of funding from the same period in 2019. Total venture capital (VC) funding in H1 2020 exceeded the Kingdom’s full-year total of $67 million  for 2019, making Saudi Arabia the third-busiest startup market in the Middle East and North Africa (MENA) region behind the United Arab Emirates (UAE) and Egypt. Saudi Arabia and Egypt saw the greatest amount of growth in the region at over 100 percent, while the UAE saw a more modest increase of 28 percent. These countries make up the top three in both total funding and number of deals, with Saudi Arabia contributing to 18 percent of the MENA region’s total number of deals in H1 2020.

Key Drivers of Growth During the COVID-19 Pandemic

E-commerce is playing a key role during the COVID-19 pandemic as one of the most important drivers of growth in Saudi Arabia. E-commerce has garnered the highest VC funding by sector, capturing 67 percent of overall funding for Saudi-based startups. The recent expansions by Amazon (a USSBC Chairman’s Circle Member) and Uber to the Middle East are notable examples of the sector’s growth in the region. Based in the UAE, but also serving Saudi Arabia and the wider region, the Uber-owned ride-sharing service Careem and Amazon’s online marketplace Souq.com are among the region’s first unicorns and serve as strong indicators of the shift in momentum of consumer spending to the e-commerce model. Another startup based in Saudi Arabia, Mrsool, which offers an app-based on-demand delivery service, placed above Facebook and Uber in the country’s list of Apple’s top app store downloads.

E-commerce startup funding has soared despite the conditions, although challenges are still felt by many startups and small and medium-sized enterprises (SMEs). As a result, Saudi government agencies such as Monsha’at (the general authority for SMEs), the Ministry of Finance, The Saudi Arabian Monetary Authority (SAMA) (the country’s central bank), and The General Organization for Social Insurance (GOSI) have stepped in to support these struggling businesses. Ultimately, the e-commerce industry’s pre-pandemic growth has placed the sector in an advantageous position, thereby helping ease some of the everyday burdens placed on the Saudi people, according to Public Investment Fund (PIF) Governor H.E. Yasir Al-Rumayyan. Other promising sectors include delivery and logistics, FinTech (financial technology), and online education.

Investments made in the food and grocery delivery startups Jahez and Nana reflect the new environment of the delivery and logistics sector shaped by the current global pandemic. The two restaurant/grocery delivery startups are part of a quickly growing trend of app-based delivery and logistics companies, alongside ghost kitchens. Also known as cloud kitchens, ghost kitchens utilize existing restaurant kitchens during downtime for app-based delivery services such as UberEats, Grubhub, and DoorDash. The ghost kitchen industry also includes new kitchens built to host one or more delivery-only restaurants. As a result of the pandemic’s shutdown, restaurants and kitchens around the world became potential ghost kitchens overnight, exploding the possibility for investment in this sector. For example, former Uber CEO Travis Kalanick in January 2019 launched the Los Angeles-based startup CloudKitchens with a $400 million investment from Saudi Arabia’s PIF, a move that ensured the country would remain strategically placed in the sector’s future. Additional ghost kitchens operating in (or planning to expand to) Saudi Arabia include Sweetheart Kitchen and Kitopi.

Other investments in delivery and logistics include a new 900,000 m2 logistics park in Riyadh, launched in October 2019 by Kuwait-based Agility Logistics. The $267 million Agility Logistics Park includes 250,000 m2 of modern warehousing and logistics facilities to strengthen the business environment for multinational corporations and SMEs and support Vision 2030’s goal of transforming the country into a regional logistics hub. In addition, Dubai-based TruKKer, the “Uber of the trucking world” and one of the fastest-growing logistics companies in the region, has afforded the chance to grow their business during the pandemic, thanks to Saudi Arabia’s top spot on the list of per capita number of trucks in the world.

The Saudi government aims to transform the country into an innovative FinTech hub. To further this goal, SAMA and the Capital Market Authority (CMA) in 2018 launched the initiative Fintech Saudi. Since then, Fintech Saudi has pursued this aim through the following approach: supporting the development of required infrastructure, building capabilities and talent to meet the requirements of FinTech companies, and supporting FinTech entrepreneurs throughout their development. The organization promotes available internships in the industry, hosts events across the region in collaboration with their FinTech partners, and also hosts podcasts discussing the budding industry, which can be found on their website. The FinTech sector has applications in many emerging technological spaces, including in artificial intelligence, blockchain, and mobile banking/digital payments. SAMA also maintains a Regulatory Sandbox for FinTech companies, in which approved startups have a “safe space” to test new digital business models outside of the existing regulatory framework, but under a set of conditions and limitations designed to protect consumers. For instance, an approved company must still abide by consumer data protection regulations but may operate within the sandbox without the initial license fees, capital/liquidity requirements, etc. required of regular businesses. In April 2020, the latest batch of companies approved to join the sandbox include the FinTech startups Circles, Manafa Capital, Funding Souq, Nayifat Finance, and Sahlah. Altogether, SAMA’s Regulatory Sandbox includes more than 30 companies involved in digital banking, currency exchange, micro-lending, financial information aggregation, and crowdfunding.

In Saudi Arabia, where 40% of the population is under the age of 25, distance learning necessitated by the pandemic has opened many avenues for growth in the e-learning sector. Noon Academy, funded in part by USSBC member Alturki Holdings, recently acquired $13 million in its Pre-Series B stage of funding. This ranks the online learning platform as the third-highest VC investment recipient in Saudi Arabia, as measured in the first half of 2020. Noon Academy alone had over 3 million new students register for its platform in the first months of the pandemic, more than doubling its userbase. Ma’arif for Education and Training, one of Saudi Arabia’s largest private school owners/operators, moved into the e-learning sphere in March of this year with its own e-learning platform developed with the education staff and IT teams at Ma’arif’s individual schools. King Abdullah University of Science and Technology (KAUST), located near Jeddah, has launched an Innovation Fund to make VC investments in high-tech and e-learning startups, targeting Saudi startups from the seed stage (less than $200,000) to early-stage (up to $2 million).

According to the annual report by the UN Conference on Trade and Development (UNCTAD), foreign direct investment (FDI) flows to Saudi Arabia saw a 7 percent increase to $4.6 billion due to the country’s reform initiatives directed towards diversifying the economy and improving the overall investment climate. Despite the pandemic, total VC funding in H1 2020 is up 102 percent from H1 2019, and the number of VC deals in Saudi Arabia increased 29 percent in the same period. Government initiatives improving the country’s performance in four key benchmarks – economic performance, government efficiency, business efficiency, and infrastructure – have boosted the Kingdom to 12th in the Venture Capital Availability index, as well as 24th in the World Competitiveness Yearbook. The country’s most attractive key economic indicators, including dynamism of the economy, policy stability and predictability, reliable infrastructure, access to financing, tax policy, and public expenditure on education helped elevate the Kingdom’s place in these rankings, according to the Institute for Management Development’s 2020 World Competitiveness Ranking. Saudi entities are working on new initiatives to continue this upward trend in funding; Monsha’at, for instance, is establishing a specialized bank to support SMEs. CMA has issued licenses to two new VC funds, bringing the country’s total to five, and the Ministry of Communications and Information Technology (MCIT) is working in collaboration with Monsha’at and the Ministry of Investment to fund startups through its “Unicorn Startups Program;” the Ministry of Investment has also begun issuing “instant” visas to help entrepreneurs to set up businesses and increasing assistance for non-oil private sector growth.

The first half of 2020 counted 45 investments in Saudi Arabia, an increase compared to H1 2019. Among the most active investors were the MiSK 500 MENA Accelerator, as well as other investors and angel groups like 500 Startups, Impact46, KAUST, OQAL Angel Investors, STV, and Saudi Venture Capital Company (SVC). TSVC, a government venture capital established in 2018 as part of the country’s Private Sector Stimulus Plan (PSSP), aims to invest $750 million in VC funds, while Riyadh-based STV, the Saudi Telecom-backed fund that invested in Careem before its $3.1 billion purchase by Uber, is now the largest venture capital fund in the Middle East. 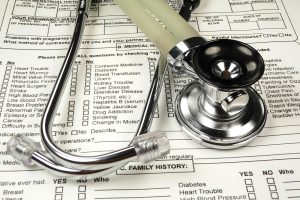 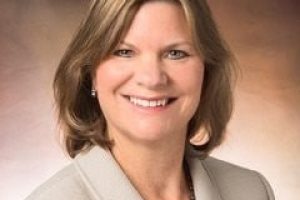 B20 Final Recommendations to G20, Part 1 of 3: Empowering People