In our efforts to keep members informed on the progression of the Saudi Vision 2030, a social, cultural, and economic transformation plan that reflects the strengths, capabilities, and ambitions of the Kingdom, we are publishing summaries of the sections of the “Delivery Plan for the National Industrial Development and Logistics Program (NIDLP)”.

The NIDLP aims to transform Saudi Arabia into a leading industrial powerhouse and a global logistics hub in promising growth sectors (with focus on Industry 4.0), which would generate ample job opportunities, enhance the Kingdom’s trade balance, and maximize local content.

By 2020, Saudi Arabia aims to increase private sector investment in mining and enhance the service quality of the Deputy Ministry for Mineral Resources (DMMR) and the Saudi Geological Survey (SGS) in mining licensing. By 2030, Saudi Arabia seeks to establish its mining sector as the third pillar of Saudi industry by investing in human capital, harnessing its more than SAR1 trillion ($280 billion) in known mineral resources, and substantially increasing the sector’s contribution to GDP.

The NIDLP strategy for the mining sector identifies six areas of focus:

Exploration is the first step in all mineral value chains in which deposits and development opportunities are identified. Saudi Arabia’s exploration spending has increased substantially since the early 2000s but remains far below global benchmarks.

Saudi Arabia will undertake one of the world’s largest pre-competitive geosciences programs over the next five years to enhance the breadth and granularity of data on the most prospective areas of the country, including geological mapping, geochemical sampling and analysis, and geophysical data collection. The dataset along with licensing information will be available online through the National Geological Database. The Kingdom will also co-fund exploration at a project level in partnership with private sector investors until 2025 to catalyze exploration activity.

The speed of exploration licensing in KSA is significantly below global benchmarks. A new Mining Investment Law will streamline institutional enablement through more efficient regulatory frameworks including mandating turnaround times of 30-90 days. This focus will provide the reassurance foreign investors seek.

Saudi Arabia also aims to integrate the mining sector prerequisites within the regulatory strategies of other relevant bodies including the Ministry of Transport, Ministry of Environment, Water and Agriculture, and the Ministry of Economy and Planning.

The vast majority (98%+) of money spent on exploration in the Kingdom of Saudi Arabia has come from Ma’aden (Saudi Arabian Mining Company) and foreign companies. The lack of a domestic capital market through which to raise funding for exploration by private companies is a critical challenge by the

Localization and privatization outside of a single national champion is a strong focus of the Ministry of Energy, Industry, and Mineral Resources (MEIMR). MEIMR will hold alignment and coordination meetings with the Capital Market Authority to discuss the development of a capital markets for junior mining companies.The mining code has also undergone significant alterations recently to accommodate these goals but the changes have yet to be officially released.

The number of Saudi workers in mining is low as harsh working conditions, low wages, and inadequate workplace safety measures deter labor participation. The mining sector has also not adopted international sustainability standards in part due to a lack of sufficient guidance.

Saudi Arabia will mandate specific rehabilitation guidelines for mines while bolstering Environment, Health, and Safety (EHS) regulations to promote a safer and more environmentally friendly sector. It will also act as an investment promoter across the value chain in partnership with the Saudi Arabian General Investment Authority (SAGIA). Investment promotion will focus on value chain projects as well as promoting local content in the goods and services supply sector.

The mining sector is not a main source of revenue compared to Saudi Arabia’s oil and gas sector and compared to other leading mining countries. NIDLP and Vision 2030 place strong emphasis on developing the mining sector. MEIMR seeks to increase mining contribution to GDP from SAR64 billion ($17 billion) to SAR240 billion ($64 billion) by 2030. GDP growth is expected to come from eight value chains: steel, fertilizers, base metals, concrete, aluminum, ceramics, sodium compound, and precious metals.

Strong competition from exporters particularly in Asia has led to Saudi Arabia becoming a net importer of many products that it can produce domestically. Project costs are typically twice the cost of similar projects in China (e.g., aluminum) and there is a reliance on a national champion or other state-owned companies for capital-intensive investments.

Mining Code alterations by the Ministry of Energy, Industry, and Mineral Resources (MEIMR) include entitlement of junior mining companies to tax-free importation of equipment and machinery, full ownership of property, reduction of corporate tax liability by 20 percent, and the omission of mineral royalties.

The Kingdom will also sponsor innovative scholarship programs abroad in mining-specific disciplines while simultaneously expanding the capacity for mining-specific education in local universities. 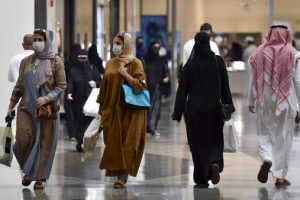 What You Need to Know: Saudi Arabia’s Reopening as Part of the Government’s Coronavirus Strategy 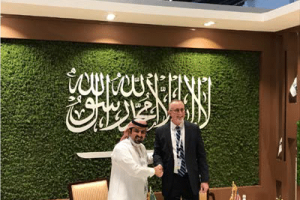 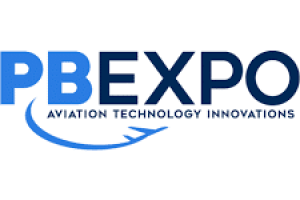