Two U.S.-based construction companies, Bechtel and AECOM, have been chosen as consultants for a key role in Saudi Arabia’s $500 billion NEOM megaproject. NEOM, a futuristic smart city run 100% on renewable energy, is estimated to contribute at least $100 billion to the country’s Gross Domestic Product by 2030 and will serve as an independent-governed hub for innovation with its own laws, regulations, and taxes. Bechtel was chosen as the megaproject’s new executive program manager, serving as a promising sign that the project is moving out of its planning phase into implementation. A new airport just outside city limits has already been constructed, with a housing development for 10,000 current and future workers already underway. Bechtel’s appointment follows NEOM’s addition of another U.S.-based company, Air Products and Chemicals, to the megaproject. 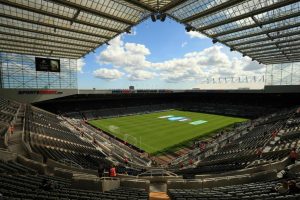 (FILES) In this file photo taken on August 13, 2017 St James' Park stadium, home ground of Newcastle United, is pictured in Newcastle-upon-Tyne, north east England, ahead of the English Premier League football match between Newcastle United and Tottenham Hotspur. - A Saudi-backed £300m ($368 million) takeover of Newcastle United is nearing completion at a time when the rest of the football industry is on its knees due to the economic crisis caused by coronavirus. For Saudi Arabia's Public Investment Fund (PIF), led by Crown Prince Mohammed bin Salman, that will reportedly take an 80 percent stake in the Premier League club, the crisis presents an opportunity. (Photo by Lindsey PARNABY / AFP) / RESTRICTED TO EDITORIAL USE. No use with unauthorized audio, video, data, fixture lists, club/league logos or 'live' services. Online in-match use limited to 75 images, no video emulation. No use in betting, games or single club/league/player publications. /

The sports and recreation industry in Saudi Arabia is opening[...] 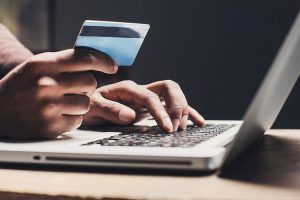 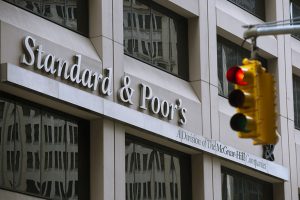