The Saudi gaming and esports sectors are keeping pace with the rapid growth seen in the country’s other industries under Vision 2030’s diversification goals and hold tremendous opportunity for foreign investors and local creators alike. Globally, esports and gaming are a $175 billion industry with a 10 percent annual growth rate, and Saudi Arabia is keen to take part in this rising trend. The Saudi Social Development Bank estimates that the Saudi video games market has a value of $1 billion and expects it to grow to $2.5 billion by 2030. Boston Consulting Group’s 2021 report “Gaming & Esports: Media’s Next Paradigm Shift” is even more optimistic: at current rates of growth, it projects that Saudi Arabia’s revenue from gaming will reach $6.7 billion by the year 2030 – a nearly 600 percent increase from 2020. That report also noted that in a nationwide polling of Saudis, 67 percent (equivalent to more than 23 million people) identify as “gaming enthusiasts.”

The Ministry of Communications and Information Technology (MCIT) has also contributed with private-public partnerships and infrastructure investments. MCIT has been heavily involved in developing the Kingdom’s telecommunications and IT infrastructure (including broadband, fiber optics, and 5G) and in modernizing utility regulations to create a more favorable investment environment. With MCIT’s assistance, U.S.-based Activision Blizzard (one of the biggest companies in the gaming industry) announced a partnership with the Saudi Telecom Company (STC) to host the regional servers for one of their most popular titles, Call of Duty, in Saudi Arabia.

The regulatory body Saudi Esports Federation was established in 2017 to help grow the industry, develop local talent that can compete internationally, promote partnerships within the industry, and lobby to bring esports to the Olympics. Since its founding, the federation has hosted many tournaments and other league events, including the charity tournament Gamers Without Borders, and helped found the Arab Esports Federation in conjunction with 11 other national members.

Within the private and educational sectors, Amazon is the latest company to step into the scene. In January 2022, Amazon Saudi Arabia and the UAE announced a partnership with MENATech, a GGTech Entertainment Group company, to launch Amazon University Esports, the first educational esports league for each country. Amazon’s involvement will help draw new talent, upscale competition, widen the league’s visibility, and offer greater prizes and resources for participants. The university-level competitive series will gather teams from more than 130 universities across the Middle East, following a format that has already been established in universities throughout Europe, South America, and North America. The series has already attracted gaming companies like Riot Games and Garena as partners and is supported by the Saudi Esports Federation.

In January 2022, Riyadh-based Savvy Gaming Group, backed by the Saudi Public Investment Fund, purchased ESL (formerly known as Electronic Sports League) for $1 billion. Savvy Gaming Group had previously acquired the esports platform FACEIT for $500 million, and plans to merge the two bodies into the ESL FaceIt Group once the deals are closed in the second quarter of 2022. The acquisition and merger of ESL, the biggest tournament organizer in esports, cements Saudi Arabia firmly in the international esports scene.

The Future of Saudi Esports

There are several reasons why the Saudi government is interested in promoting the esports and gaming sectors, other than just more revenue. The growth in popularity for Saudis watching and participating in gaming and esports naturally lends to greater interest in careers in information technology, coding, software and game development, project management, and emerging fields like AR/VR (augmented reality/virtual reality), digital twinning, robotics, and machine learning/artificial intelligence. Infrastructure investments that help the gaming and esports industry, such as expanding internet access and average speeds, are crucial for the growth of nearly any other type of industry as well. Lastly, Saudi Arabia intends to signal to the world that its economy is diversifying under Vision 2030 and its society is adapting to meet the future, and acquiring a reputation as a world leader in a sector at the forefront of the 21st century’s entertainment, sports, and cultural trends is one of the best ways to do that.

Saudi Arabia has contracted The Boeing Company to modify its[...] 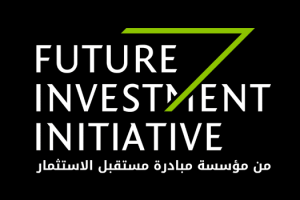