From the President and CEO: Wishing You a Happy and Healthy Saudi National Day

On behalf of the U.S.-Saudi Business Council, I would like to take this opportunity to convey our best wishes for the health, happiness, and continued prosperity of the Saudi people on this occasion of National Day. Celebrated throughout the Kingdom and in embassies and missions around the world, the holiday not only commemorates the foundation of the Saudi state in 1932 under His Majesty King Abdulaziz Al-Saud, but also the many significant achievements Saudi Arabia has made in the decades since.

Through the leadership of His Majesty King Salman and H.R.H. Crown Prince Mohammed bin Salman, Saudi Arabia is laying the foundation for sustained progress for decades to come. Vision 2030 serves as a bold blueprint to transform all of Saudi Arabia – to reduce the Kingdom’s dependence on oil, diversify its economy, push the development of education, health, and infrastructure, create a regulatory and business framework to encourage foreign investment, and create new opportunities in entertainment, recreation, and tourism.

It has been more than 75 years since my grandfather Franklin Delano Roosevelt sat down with King Abdulaziz on the deck of the U.S.S. Quincy in the Great Bitter Lake along the Suez Canal. I am confident that he would be awed and pleased by the changes that have occurred in the Kingdom and continue to be made. In the decades since this historic meeting, Saudi Arabia and the U.S. have forged an enduring relationship built on a fundamental tenet of “Peace through Commerce,” set by my grandfather, of strengthening trade ties and creating personal bridges of friendship between our business communities.

We at the U.S.-Saudi Business Council are proud to work each day with a mission to build on this bilateral relationship and to foster the strategic business alliance between the U.S. and Saudi Arabia. The Council is honored to play a continuing part in making Vision 2030 a rapid developing reality through education and by fostering commercial relations between U.S. and Saudi Arabia. 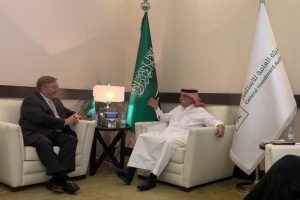 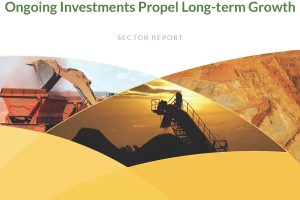 The Kingdom currently and in the future will maintain long-term[...]