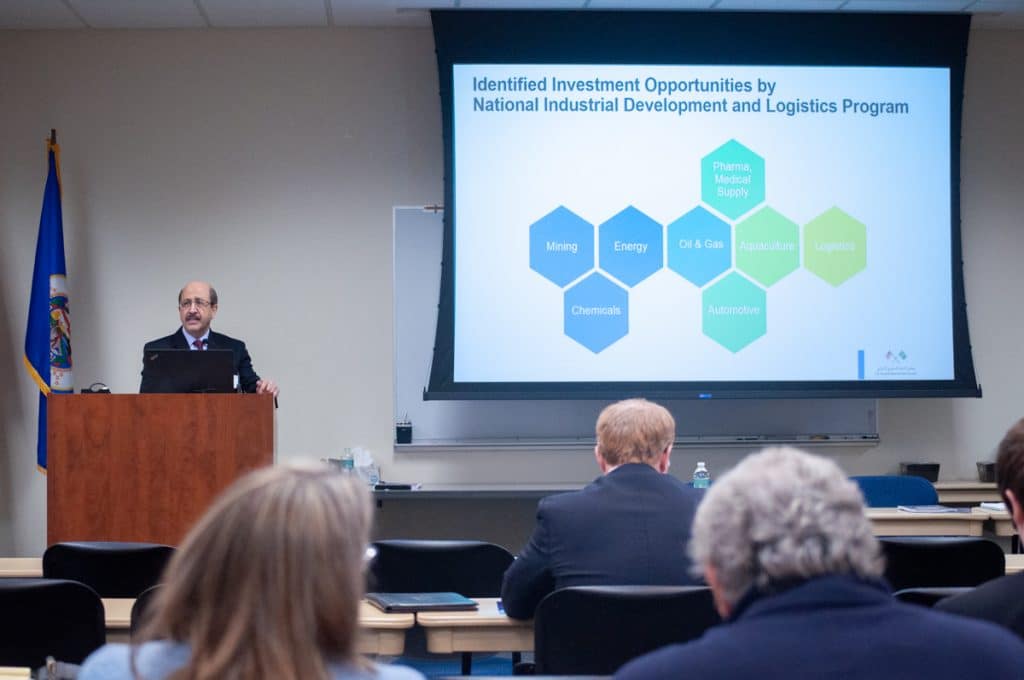 Business Council Senior Vice President David Callahan and Senior Advisor for Industrial Strategy Jamil Alothman delivered a joint presentation to Minnesota businesses on March 13, 2019 in St. Paul. The event was hosted by the Minnesota Trade Office. Mr. Callahan and Mr. Alothman spoke with the attending businesspeople about trade and investment opportunities for U.S. companies in Saudi Arabia, particularly in light of the significant structural changes and incentives that have been put in place as part of Vision 2030. Mr. Alothman focused his remarks on the recently announced National Industrial Development and Logistics Program and the very specific partnership opportunities which that program identified. The Council has a long history of cooperation with the Minnesota Trade Office having partnered with them in the past to organize four business development missions that were led by then Congressman Keith Ellison. Mr. Callahan and Mr. Alothman met with Gabrielle Gerbaud, Executive Director of the Minnesota Trade Office, to discuss enhancing cooperation with the state going forward.

The total value of awarded contracts through the first three[...]