Civil Aviation in Saudi Arabia: A Growing Market That Should Not be Overlooked

The U.S.-Saudi business relationship, which spans over 80 years, has had a significant impact on the Saudi civil aviation sector.  In 1945, Saudi Arabia received a DC-3 Dakota, its first civil aircraft, an important milestone in the development of the industry.  Since then, U.S. public and private sector leaders have contributed to the expansion and modernization of the sector. Currently, Saudi Arabia, a G20 country, has a system of 27 airports, including 10 international airports. Further, five Saudi airlines currently operate in the country: Saudia, Flynas, Nesma Airlines, Saudi Gulf, and Flyadeal, in addition to more than 105 foreign carriers, completing making up a total of over 741,000 flights.

Looking ahead, the Saudi Vision 2030, launched in 2016, aims to transform the Kingdom into a transportation, logistics, and tourism hub.  Sector growth initiatives stemming from the Saudi Vision 2030 include increasing capacity to welcome 30 million Muslim pilgrims annually, privatizing Saudi airports and enhancing passenger airport experience (SMART Airport), developing sophisticated digital infrastructure to enable seamless passenger transit, and increasing workforce productivity with mobility access to data and self-service.  Targets through 2030 include development of new cargo terminals, multimodal cargo villages, and hubs, and increase of the number of cargo airline operators in the Kingdom. These initiatives have opened new areas of potential collaboration with U.S. businesses.  Saudi Arabia’s operational and regulatory civil aviation authority, is working to implement these initiatives. The General Authority of Civil Aviation (GACA), the equivalent of the Federal Aviation Administration (FAA), serves as the operational and governing body for the Saudi civil aviation industry. The authority oversees safety regulations, air navigation services, and airport operations, and administers licensing for air transport activity and support services. GACA is currently implementing a comprehensive strategy for the aviation sector, viewed as an integrated system of air carriers, airports, industries, and support services. 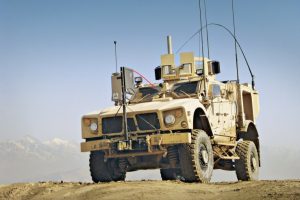