The U.S.-Saudi Arabian Business Council (USSABC) and the Royal Commission for Jubail and Yanbu (RCJY), the master planner and managing authority for Saudi Arabia’s Yanbu and Jubail Industrial Cities, held an exclusive roundtable in Columbus, Ohio on July 28, 2015. Hosted by H.E. Eng. Zaidan Yousef, Director General, Strategic Planning and Investment Development, Royal Commission at Yanbu, the program served as a forum to share market opportunities and engage in dialogue with a select group of companies who are involved in target industries that Yanbu and Jubail aim to support and grow in the Kingdom. The discussion was attended by more than 40 executives in industries such as petrochemicals, plastics, rubber, utilities, and industrial components.

During the roundtable, Eng. Yousef spoke about the infrastructure support, financial incentives, availability of low-cost feedstock, and the market for key target sectors in Saudi Arabia, the Gulf region, and the broader Middle East. Eng. Yousef noted that “Saudi Arabia’s industrial cities have become the cornerstone of the Kingdom’s drive toward diversified industrialization and economic development.”

Over the past 40 years, the industrial cities have grown into one of the world’s largest refining hubs and one of Saudi Arabia’s favored locations for new industrial development. With the two cities together, the Royal Commission accounts for 65 percent of industrial investment in the Gulf Region and enjoys a 20.2 percent average annual growth rate for FDI.

During the roundtable, Edward Burton, CEO and President, USSABC, noted, “For U.S. firms, Saudi Arabia’s competitive package of land, utility and infrastructure services coupled with its access to Middle Eastern, European, Asian, and African markets make it a country requiring the consideration of any serious industry investor with long-term aspirations in the region.”

The event was one in a series of collaborative programs organized by the USSABC and the Royal Commission following the signing of a Memorandum of Understanding (MOU) in April 2013. The first roundtable discussion was held in Houston, Texas in November of last year and was followed by a second roundtable in Los Angeles, California in March 2015.

As part of the MOU, the USSABC, in collaboration with the Royal Commission, is organizing a business development mission to the Yanbu and Jubail Industrial Cities on January 10-13, 2016. The program will offer participating companies the rare opportunity to see first-hand the impressive development taking place in the Kingdom. Senior leaders of the Royal Commission will meet privately with U.S. companies to discuss their business objectives in Saudi Arabia and the support which the Commission can offer. 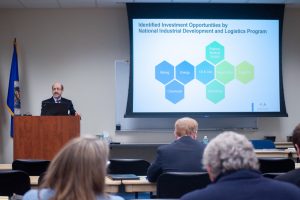 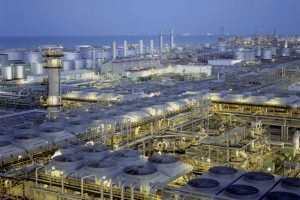 A majority of the awarded contracts was in oil &[...]