In 2016, Saudi Arabia announced its vision to reduce the dependence of its economy on oil, develop and modernize its infrastructure and cities, and invest in industries like tourism, culture, and entertainment. Since then, these sectors have been the target of major new investments, an influx of tourists and local patrons, and new live entertainment acts. Following last year’s loosening of customs and regulations for visitors, the Saudi Commission for Tourism and National Heritage officially announced that the doors are now open for “the fastest growing tourism sector on earth.”

From lost cities in the sand and prehistoric petroglyphs to modern entertainment centers, there is plenty to discover for anyone interested in the Kingdom’s thousands of years of history and future attractions. Saudi Arabia is certainly well-known for its vast, windswept deserts, but visitors and residents can explore snowy, forested peaks of the Asir mountains in the southwest, coral reefs and pristine beaches in the Red Sea, desert oasis towns, and winding backstreets of the historical market and old city of Jeddah, one of the country’s five UNESCO world heritage sites.

The modern country of Saudi Arabia holds countless ruins of cities and towns from thousands of years of cumulative history. The ancient city of Hegra, now called Mada’in Salih or Al-Ḥijr, is a 2,000-year-old UNESCO world heritage site that was once the largest city of the Nabatean Kingdom outside of Jordan’s famous Petra. Like Petra, it was carved entirely out of stone and hidden within the desert’s rugged cliffs and canyons. The greater Al-ʿUla region, home to Mada’in Salih, will also soon be home to luxury resorts in the nearby Sharaan Nature Reserve. The resorts will incorporate international ecotourism and sustainability standards to ensure that visitors can enjoy everything the rugged natural landscape and fascinating heritage sites can offer while keeping it pristine for future generations. The Royal Commission for Al-’Ula (RCU) is working with the Saudi Wildlife Authority to preserve and revitalize the local ecosystem by planting acacia trees and reintroducing ibex, gazelles, and ostriches in the hopes that the endangered Arabian leopard and Arabian wolf will return; rehabilitating the local wildlife ecosystem also opens possibilities for safaris and wildlife tours. The Al-’Ula area is also home to the annual Winter at Tantora festival, an international event featuring classical music, cultural exhibitions, and hot air balloons. According to the RCU, the Sharaan resort and nature reserves will eventually be Saudi Arabia’s premier tourist attraction and will lead to a $32 billion increase in national GDP, draw over two million visitors, and create 38,000 jobs by 2035.

The Diriyah Gate project, an ongoing restoration of the 18th century city that bore the title of the first Saudi state capital, is a fascinating bridge between the country’s old and new. The restoration of the original city walls and castle complex, heavily anticipated because of its status as a strong landmark of Saudi national identity, is just one part of the redevelopment of the city. Soon, the Diriyah Gate will be home to over 100 restaurants and attractions for tourists to enjoy after taking a walk through history.  With plans to additionally open a racetrack and arena with a capacity for 15,000 people, all optimism for the Diriyah Gate to become a hotspot for tourists is surely a bet that will pay off beyond expectations. UNESCO has designated Diriyah as one of Saudi Arabia’s five world heritage sites in recognition of the significance of Diriyah to both Saudi and world history.

At the center of Saudi Arabia’s diversification agenda is the country’s sovereign wealth fund, the Saudi Public Investment Fund (PIF). In April 2020, the PIF invested $500 million in Live Nations Entertainment stock for a 5.7 percent stake in the world’s largest concert promoter, making the PIF Live Nation’s third largest shareholder. The timing of the purchase, after the initial shutdowns of the COVID-19 pandemic, is a clear sign that the Kingdom is committed to long-term transformation. Under the planned initiatives of Vision 2030, the PIF established an entertainment investment company called Saudi Entertainment Ventures (SEVEN), to act as its operational and investment arm in the industry. Since its creation, SEVEN signed a groundbreaking deal with AMC and opened the Kingdom’s first movie theaters in over 35 years, with 50 more planned to open over the next decade. By 2030, the nascent film industry in Saudi Arabia is expected to contribute $24 billion to GDP, create 30,000 permanent jobs, and over 100,000 temporary jobs (with AMC’s contribution alone estimated to add 22,000 jobs and $2 billion to GDP by 2030). Another Western attraction that has made its way to Saudi Arabia is World Wrestling Entertainment (WWE). WWE has held shows in the country since 2014, including the WWE Women’s Championship; these shows have been massively popular among their Saudi audience. Theaters, sporting stadiums, concerts, restaurants with international cuisine, and Western chains like Starbucks have all been established in every region of Saudi Arabia and continue to be encouraged by the Saudi government.

The ongoing gigaprojects NEOM and Qiddiya are the biggest news by far in the country’s entertainment and tourism sectors. NEOM, a $500 billion futuristic cross-border city in the Tabuk Province near the borders of Egypt, Israel, and Jordan, will incorporate cutting edge smart city technologies and run on 100% renewable energy. Qiddiya is an entertainment city with a Six Flags theme park at its core, planned to be the country’s capital of entertainment and sports.

Just south of NEOM will also be AMAALA, a luxury tourism project. The 1,600-square-mile development will be located along the coast of the Red Sea and is marketed as “the heart of the Riviera of the Middle East,” as it will include not only luxury accommodations like wellness spas, sporting facilities, and beachside attractions, but also nature reserves and the preserved natural beauty of the area’s seaside landscape. In line with Vision 2030’s holistic development goals, the resort will be fully powered by one of the GCC’s largest solar farms and will be built according to sustainability guidelines, such as renewable-powered public transportation, recycling and wastewater management, and restaurants supplied by local organic farms.

Further south of AMAALA, comprising the remainder of the Riviera of the Middle East, is the Red Sea Development project. The Red Sea Development will encompass 11,000 square miles of islands, beaches, deserts, mountains, and volcanoes. The first phase of the project, construction of 3,000 hotel rooms along with an airport, marina, and recreation centers, is projected for completion by 2022. The Red Sea Development and AMAALA projects include resorts designed by the famous architect Jean Nouvel and operated by luxury hotel operators Banyan Tree and Aman, with international hospitality executives serving as advisors in the construction and operations.

With the opening of tourist attractions and entertainment options comes immense opportunities for investment. One of Vision 2030’s goals for tourism is for 100 million annual domestic and international visitors by the year 2030 (from 41 million visitors in 2018), to make the Kingdom one of the top five inbound travel destinations. The Kingdom’s plans to increase tourism unrelated to the annual Hajj are part of these goals; to do so, they have broken ground on the aforementioned megaprojects and are taking other measures to welcome visitors such as reforming regulations and easing travel restrictions. To streamline the process for tourists and visitors, the Saudi government launched a new e-visa program in 2019 delivering near-instant processing of 90-day multiple-entry tourist visas for visitors from over 49 countries, including the U.S. and most of the E.U.

The Saudi government expects that their growing travel industry, currently employing 600,000 people, will create more than a million more jobs for hospitality-related professions after their tourism megaprojects are realized. The average Saudi family is ready to take advantage of the country’s new entertainment amenities: on average, 2.1 percent of Saudi household income is spent on entertainment for a total of $8.3 billion spent annually on recreational and entertainment activities. Saudi GDP is expected to increase by $5.86 billion per year solely from the completion of the Red Sea Development resorts, driven by an estimated one million new annual visitors and 70,000 new local jobs.

The effect of the 2020 pandemic on 2021’s tourism industry is still yet to be felt, but pre-pandemic growth in tourism offers promising signs once conditions return to normal. In 2019, tourism comprised 3.3 percent of national GDP, generating $25 billion. Domestic tourism rose by 8 percent in 2019, with international tourism initially projected to grow by 5.6 percent annually for an overall 93.8 million tourist trips projected for 2023 (up from 64.7 million in 2018). Within the hospitality industry, Saudi hotels reported an 11.8 percent growth in room sales in the first nine months of 2019, an increase of 11.8 percent from the same period in 2018.

Saudi Arabia is opening its doors and taking a new look towards the future. For those looking to experience a fascinating new country or seeking to invest in the world’s fastest growing tourism, culture, and entertainment industries, Saudi Arabia encourages you to explore its many great opportunities. 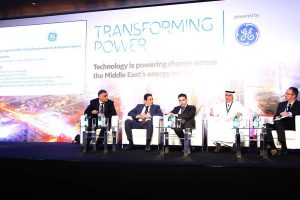 Saudi Aramco received permission from the Saudi Government to create[...]