The Saudi Press Agency (SPA) has announced that the 2020 G20 Leaders’ summit will be held virtually from November 21-22 and will be chaired by Custodian of the Two Holy Mosques H.M. King Salman. The SPA said it the summit aims to build on the success of the previous virtual G20 Leaders’ Summit in March of this year and the over 100 virtual working groups and ministerial meetings that followed the summit. Since March, the G20 has contributed over $21 billion to provide relief to those affected by the pandemic by supporting production, distribution, and access to diagnostics, therapeutics, and vaccines. In addition, the G20 has injected $11 trillion into the global economy and launched debt suspension initiatives allowing beneficiary countries to defer $14 billion in dept payments to free up more resources for financing health systems and social programs. The SPA said the main focus of the G20 summit will be “protecting lives and restoring growth, by addressing vulnerabilities uncovered during the pandemic and by laying down the foundations for a better future.”

B20 Final Recommendations to G20, Part 1 of 3: Empowering People 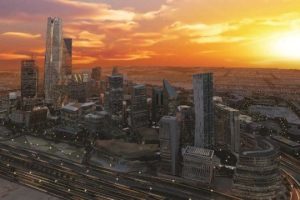