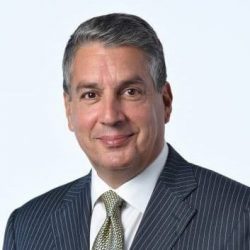 Mr. Demetriou joined Jacobs as President and Chief Executive Officer in August 2015, and became Chairman of the Board in July 2016. He offers international business perspectives and more than 30 years in leadership and senior management roles to build on Jacobs’ strong foundations, including 14 years in the role as Chief Executive Officer. Most recently, he served as Chairman and Chief Executive Officer of Aleris Corporation, a global downstream aluminum producer. Over the course of his career, Steve has gained broad experience with companies in a wide range of industries, including Metals, Specialty Chemicals, Oil & Gas, Manufacturing and Fertilizers.

His career highlights include 16 years at ExxonMobil.