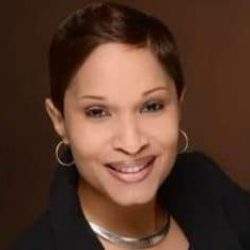 Ms. Carol Wooden is the Director of Supplier Diversity for Raytheon Company. Currently, Carol is the Corporate Liaison Officer to the U.S. Department of Defense and leads the execution of Raytheon’s strategic engagement, development and utilization of small diverse businesses in alignment with federal socioeconomic policies. As a graduate of the Raytheon Engineering Leadership Development Program, Carol has led technical projects in three divisions across the country and abroad including Integrated Defense Systems (IDS) in Massachusetts, Space and Airborne Systems (SAS) in both California and Texas and Raytheon Systems Limited (RSL) in the United Kingdom. She has a broad and unique background in Electrical & Systems Engineering, Project Management and Supply Chain.

Since joining Raytheon in 2004, Carol has supported several major DoD programs including the Zumwalt Combatant Ship program as a Software Requirements Systems Engineer, the ATFLIR program in a Strategic Operations role supporting the geographic relocation of a major product manufacturing line, and the Electronic Border Patrol Program for the United Kingdom Ministry of Defense as a Systems Engineering Cost Account Manager and Process Deployment Lead.

Carol has been named the 2007 Modern Day Technology Leader by the U.S. Black Engineer of the Year Award Committee, the 2013 Top Contract Management Professionals Under 40 Award by the National Contract Management Association and the 2017 Champion of Supplier Diversity by Minority Business News USA.