Sabrewing Aircraft Company has announced a five-year, renewable representation agreement with Arabian Development & Marketing Co. (ADMC) for 102 Sabrewing “Rhaegal-B” unmanned, heavy-lift, Vertical Take Off Landing (VTOL), cargo aircraft. The $600 million deal gives exclusivity to Sabrewing for Saudi Arabia, the Gulf Cooperation Council, and the Pan-African Region and includes establishing aircraft assembly, maintenance, repair, and overhaul (MRO) facilities throughout Saudi Arabia and Africa to support the fleet and create new local high-tech jobs in composites manufacturing, drone development and avionic sensor integration. The Rhaegal air vehicle is capable of vertical take-off and landing to/from a variety of terrain, including mud, snow, ice, and sand, can be remotely or autonomously piloted, can deliver 5,400 pounds of cargo while flying at altitudes up to 22,000 feet for a range of 1,000 nautical miles, and carries a newly-developed Detect and Avoid system to autonomously avoid obstacles and chart paths around air traffic. 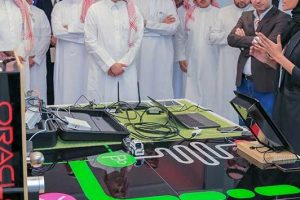 The American IT giant Oracle, which specializes in cloud computing[...] 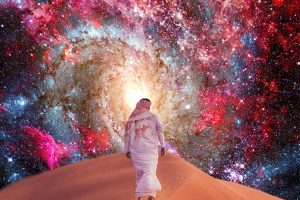